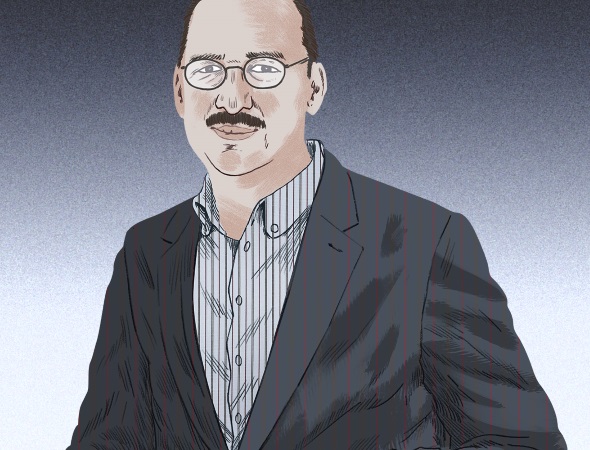 As if out of his senses, collector and new multimillionaire Torsten Bröhan sued the journalist and operator of this website, Marcus Johst, and attempted to inhibit media coverage about himself, not shying away from lying to a German court.

Bröhan acted especially aggressive against Johst in 2015 with regard to the purchase price for his collection of 7,000 design classics to the city of Hangzhou.

Many Chinese and international media outlets had reported about the sale of  his collection for € 55 millions. Johst proceeded likewise, considering himself on the safe side by referring to these articles. But Bröhan pushed through that Johst is not allowed to mention this sum. He made an affidavit in order to underpin his credibility before the responsible judge.

This is the wording of the affidavit:

“Knowing the penalty of perjury under the laws, I herewith affirm before the court in lieu of oath: …the alleged purchase price of € 55 millions … is wrong by more than 10 percent…“

Johst had to delete the corresponding text parts and bore substantial judicial costs arising from the proceedings. I report about this in → this article.

The following is generally valid: making an affidavit before a German court and lying thereby and causing damage to the opposing party is fraud and bears the risk of custodial sentence of up to five years or a fine.

Fraud is anything but a small offence. Who commits perjury has to be driven by substantial criminal energy.

Years later, in late 2018, when Bröhan still fought over the collection’s purchase commission with his former consultant Stephan Balzer, Torsten Bröhan had his lawyer Ralf Kemper present the following at court:

„…is the information provided that the purchase price agreed upon between Bröhan Art Design Ltd. and China Academy of Arts sums up to € 55 millions…“

After all – a purchase price of € 55 millions! Why did Bröhan lie when he sued Johst? Bröhan did not react to a respective inquiry until this article was published.

Back to the trial Balzer against Bröhan. In a terse letter to court Bröhan’s lawyer attempted to get his act together by claiming that the vendor hadn’t been Bröhan himself but Hong Kong based Broehan Art Design Ltd. and that expenses had to be deducted, blah blah… The judge saw through the stunt and was not impressed.

Meanwhile, the Berlin disctrict court has passed a judgement, Case No. 28 O 14/14: Torsten Bröhan has to pay a commission of € 5.5 millions plus interests to Stephan Balzer for the latter’s brokering of Bröhan’s collection of design classics to the city of Hangzhou. The judge sentenced that Bröhan owes Balzer more than € 6 millions. The decision is not legally effective yet. Bröhan’s lawyer announced that his client will appeal. Here you’ll find → Stephan Balzer’s press release on this court decision.

Journalist Marcus Johst is preparing to take legal action. He states in a general declaration: “The art world is full of big and small cheaters, that’s like folklore. But liars and fraudsters who try to harm others have to be unmasked and sentenced. This applies to the art market exactly as to any other economic sector.“