Home / The Collection / Hey Mr He! How does it feel to be Hangzhou’s design hero? 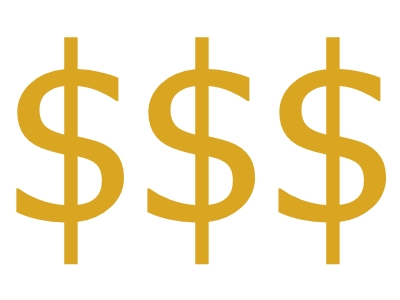 Did a graphic designer from China living in Berlin become the key figure of what was probably the biggest deal in design objects there has ever been? The Chinese city of Hangzhou paid millions of Euros for the so-called Bauhaus-Collection (according to Chinese officials and media of the German art dealer Torsten Bröhan.

Without the personable and youthful graphic artist Jianping He, who shuttles between Berlin and Hangzhou and lectures at the Chian Academy of Art (CAA) as visiting professor, this deal would probably never have materialised.

Because according to the Chinese weekly magazine Nanbu Zhoukan, it was Jianping He who first made the deputy director of the CAA aware of the possibility of purchasing this giant design collection from Bröhan; which ultimately resulted in the spectacular and controversial deal. (Source: Nanbu Zhoukan, verification not possible)

Actually Jianping He isn’t even an expert on classic design objects. His field is graphic design, in other words the design of printed media. These are predominately posters. He is the publisher of an impressive number of monographs on contemporary graphic artists, which he presents to the Chinese public. How exactly he does this is quite nicely described on this website.

And so Jianping He became the intermediary between cultures. And just by chance wrote art-trading history.

But how did all the pieces that led to this mega-deal fit together?

Quite simple. Jianping He met the German management consultant and art collector Stephan Balzer in Berlin in 2009. He invited him to visit Torsten Bröhan whose design collection Balzer was trying to sell for him. And things took their course.

Jianping He showed Bröhan his city Hangzhou on a map. And started to prepare a concept with Balzer on how to present the Bröhan Collection to the China Adademy of Art, which Jianping translated into his mother tongue and sent to the director of the CAA Jiang Xu.

All of this is currently becoming public knowledge from a legal battle that Stephan Balzer und Torsten Bröhan are involved in, which is just being heard before the Berlin Landgericht (district court). There Balzer is suing Torsten Bröhan for a large commission payment for brokering the sale of the collection to Hangzhou. The lawsuit is case number 28 O 14/14.

In this lawsuit Bröhan disputes that Jianping He had been the key figure. In addition, Bröhan’s friend, the German town planning expert Dieter Hassenpflug, had called his attention to the fact that his design collection could be sold to the CAA long before He Jianping had, says Bröhan. And told the court that he had met Professor and CAA Vice President Jianming Song by chance at the world fair Expo 2010 and subsequently spoken to him about the sale of his collection to the CAA.

We have asked Torsten Bröhan for a comment on this issues. So far, no such comment has been received.

Tagged with: hesign Jianping He