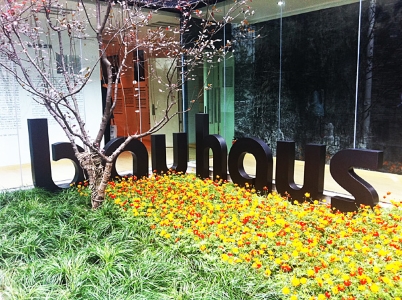 In 2011, the respected China Academy of Art (CAA) in the city of Hangzhou bought a large collection of design objects from the German dealer and collector Torsten Bröhan in order to make them accessible to its students and the public within the framework of a museum. The Chinese media reported extensively on the purchase of the so-called Bauhaus Collection (according to Chinese officials and media).

The information service of the city of Hangzhou announced in February 2014 that this museum with 7,010 artworks, architectural designs and furniture is scheduled to be completed in 2015.

The paper China Daily quoted CAA president Jiang Xu in March 2011: „The arrival of the Bauhaus Collection is significant for Zhejiang and even China.“ The purchase is a milestone for the development of Hangzhou’s creative industry, thinks Chen Zhenlian, deputy director of the Standing Committee of the Hangzhou People’s Congress.

The goal of this permanent exhibition on 12,000 square metres and of a closed research institute should be the development of Chinese design students. A “doctoral branch” for Bauhaus research was planned, doctoral candidates were already being recruited.

China quite clearly wants to free itself of the copycat-industry image with this project and is looking for ways of strengthening its own creativity in the area of product design. The fact that China Academy of Art (CAA) of all places is now the custodian of this collection is inconsequential. The institute has existed since 1928 and is considered the most renowned art academy in the People’s Republic.

However, there are doubts whether this expensive purchase has any intrinsic meaning.

Is it possible that China’s future design elite is to be educated using a sub-standard design-hotchpotch? That is the fascinating question which we want to follow up here.